OMG, a burger made by a robot?! Thumbs up from the Australian Consul-General in Guangzhou! 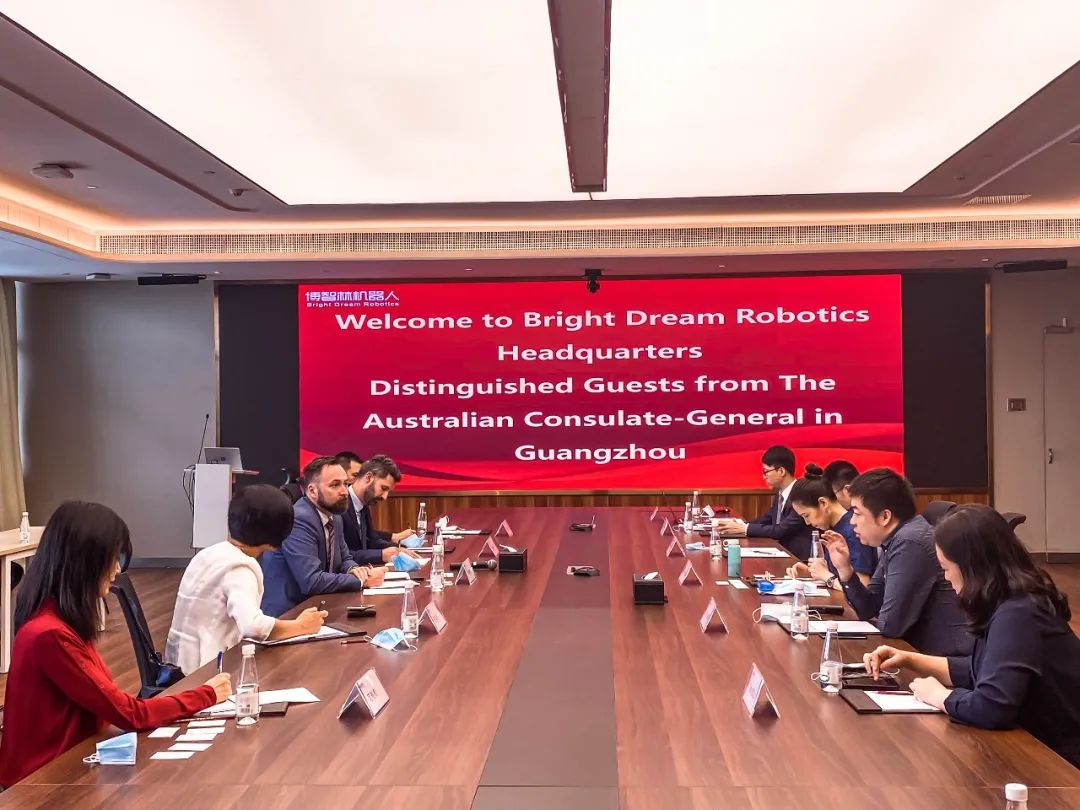 (The seminar for exchange between the two sides) 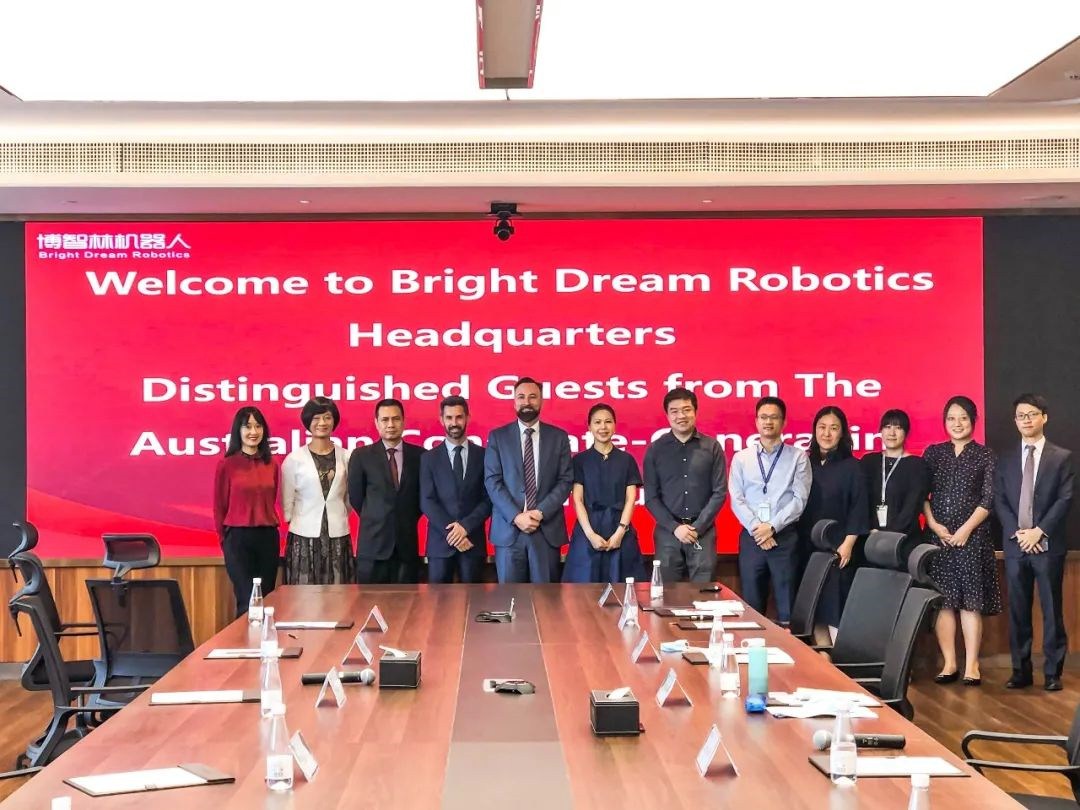 Accompanied by Xiao Ran, the Consul General and his entourage visited FOODOM Robot Restaurant, where they observed the cooking process of various robots and tasted burgers, coffee, ice-cream and other delicacies. 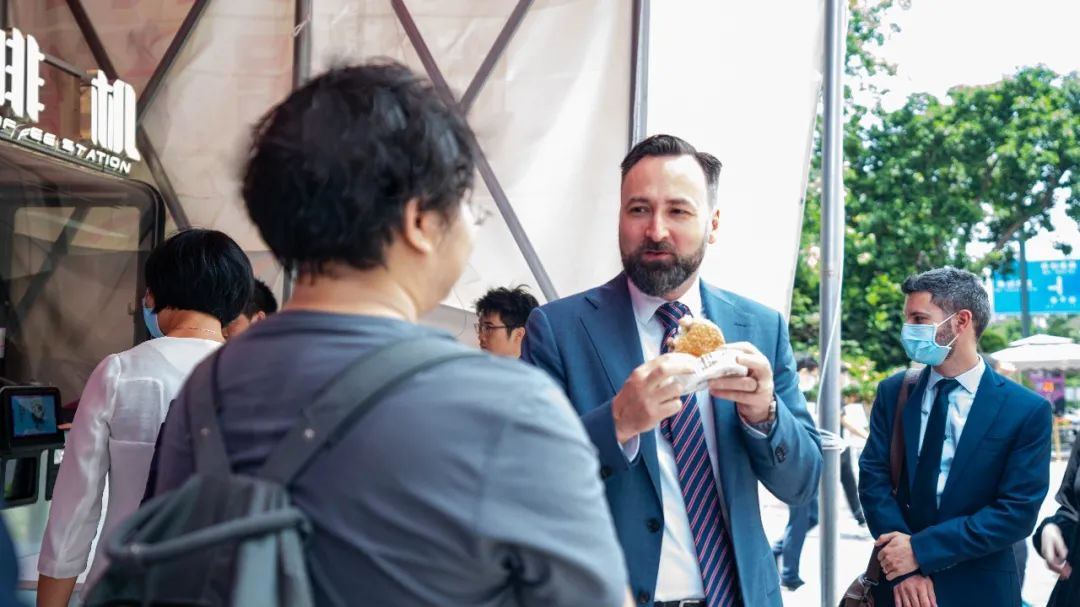 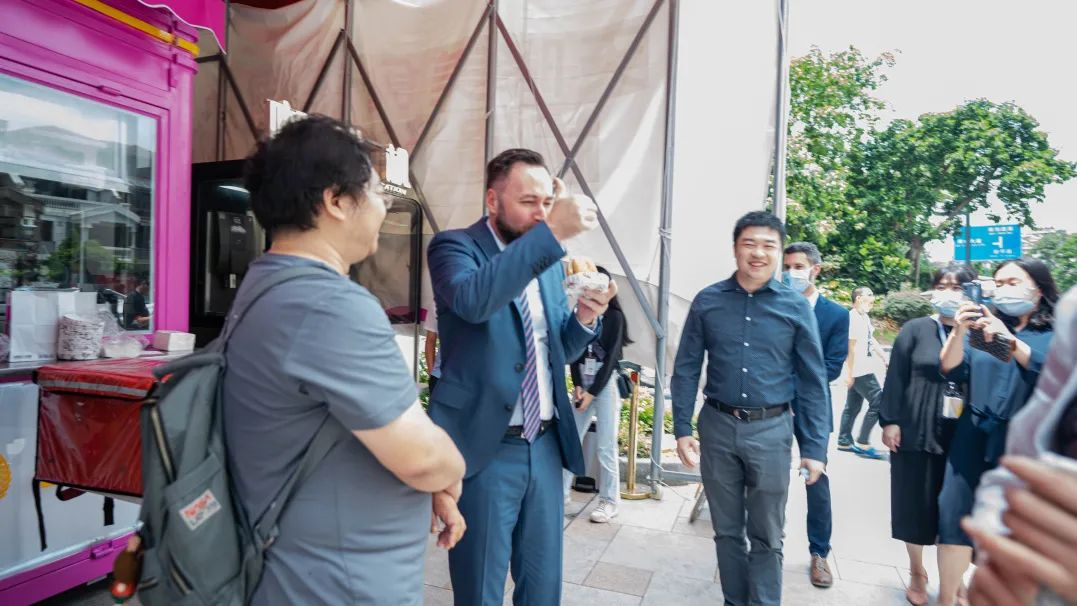 After tasting the burgers, Michael Sadleir, praised the burger robot for its smart and efficient 5-second serving efficiency and said the burgers were delicious and impressive. 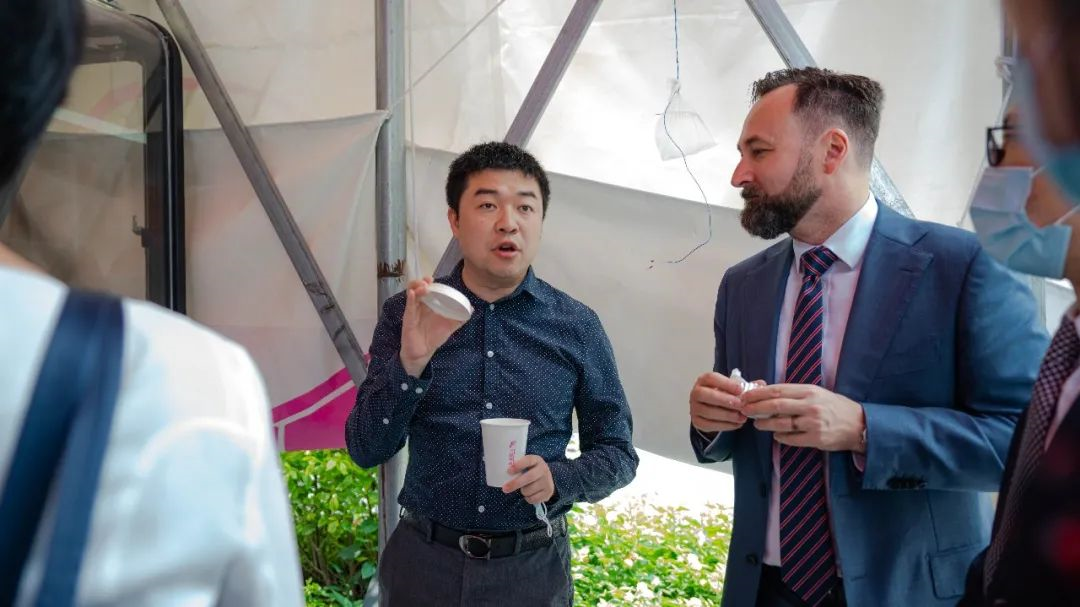 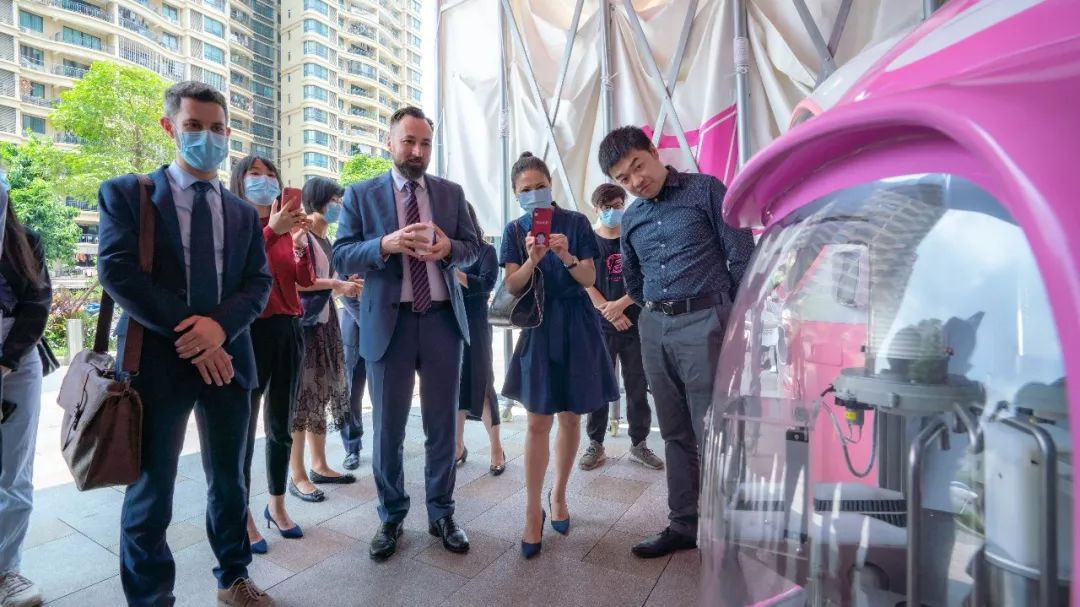 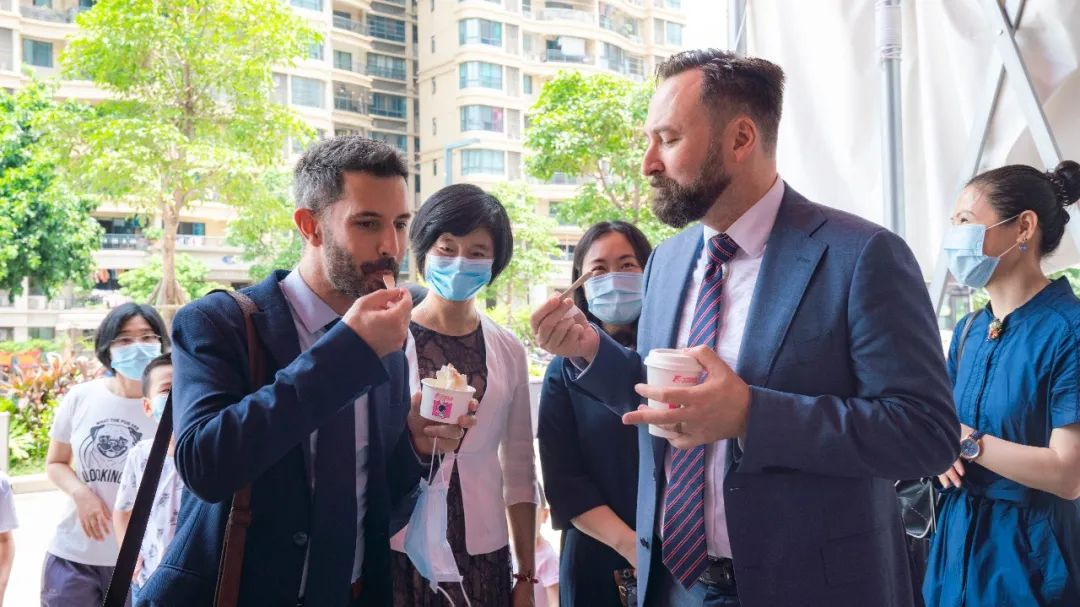 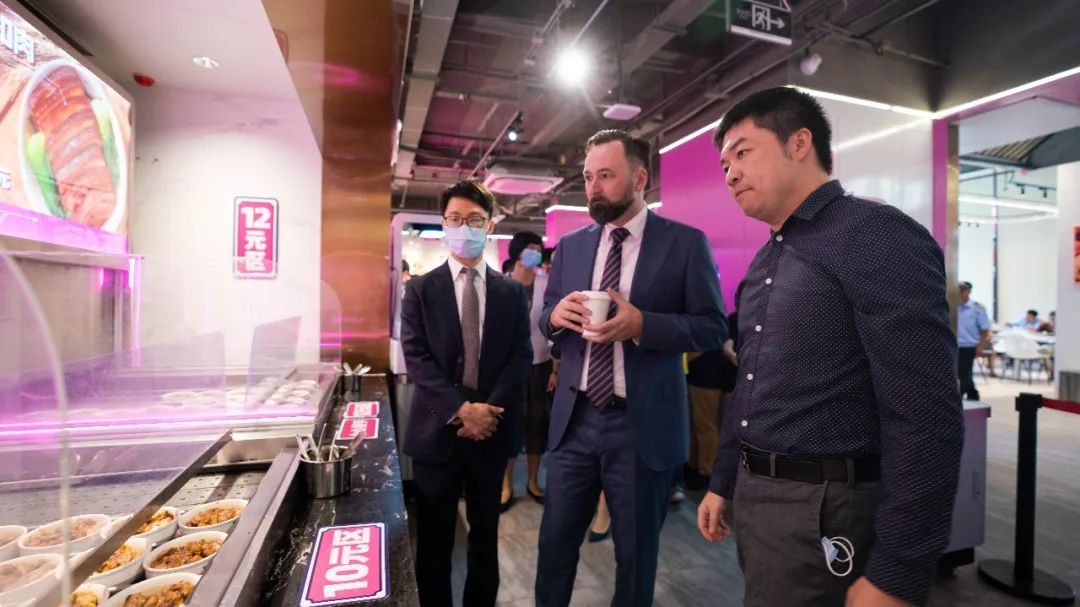 (Visit the self-serve steamer in the fast food area) 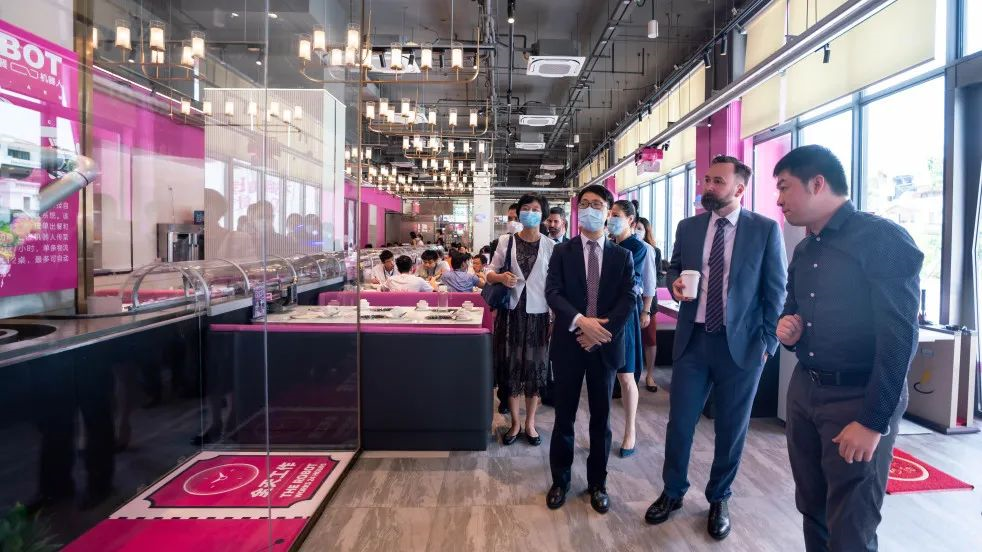 (Watch the intelligent sorting robot in the hotpot area) 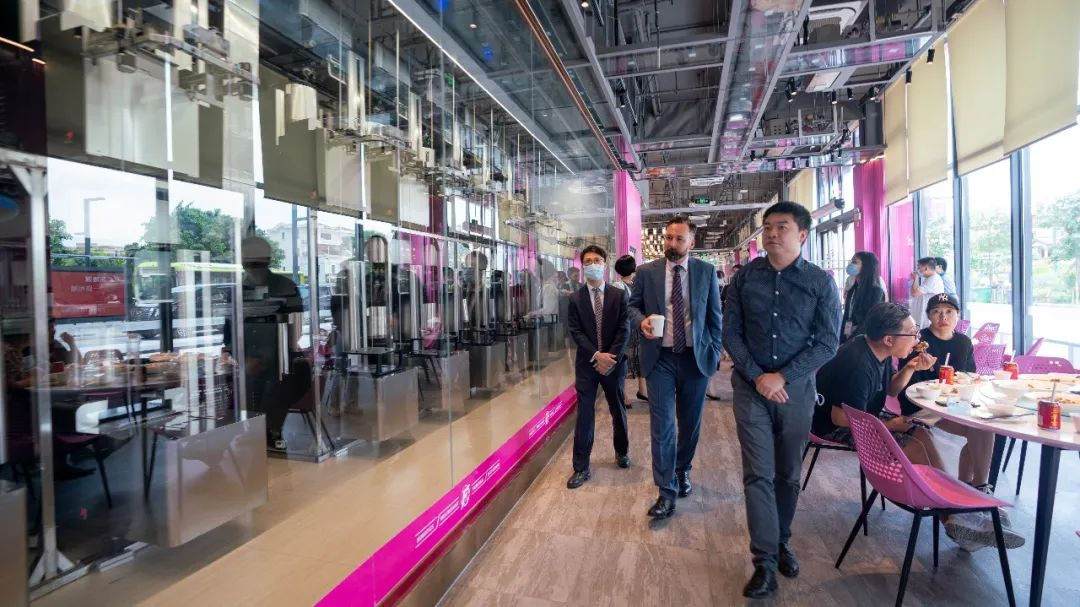 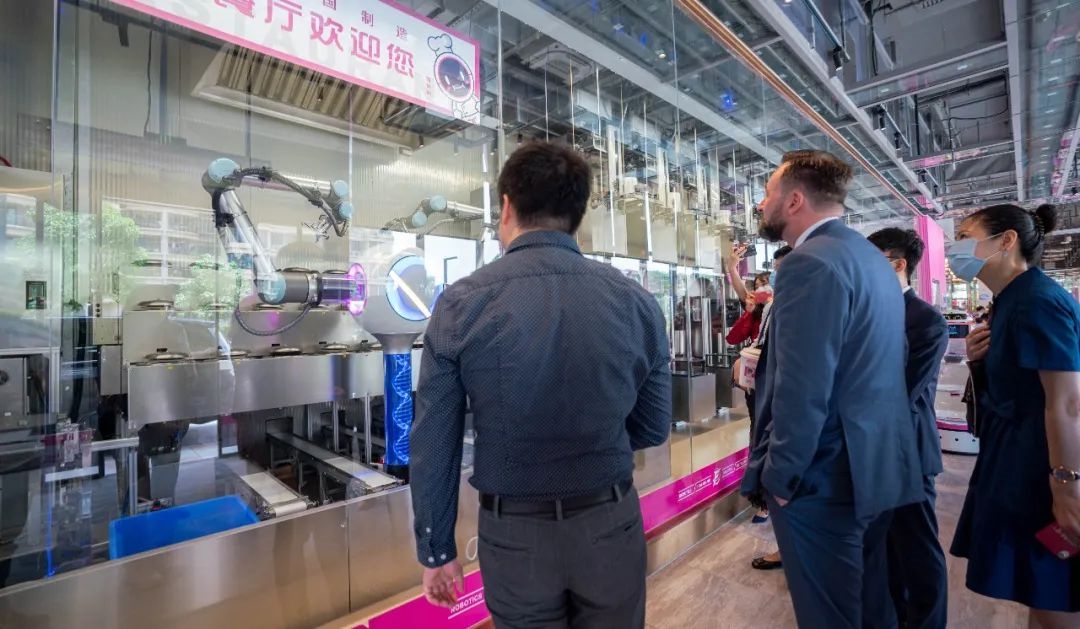 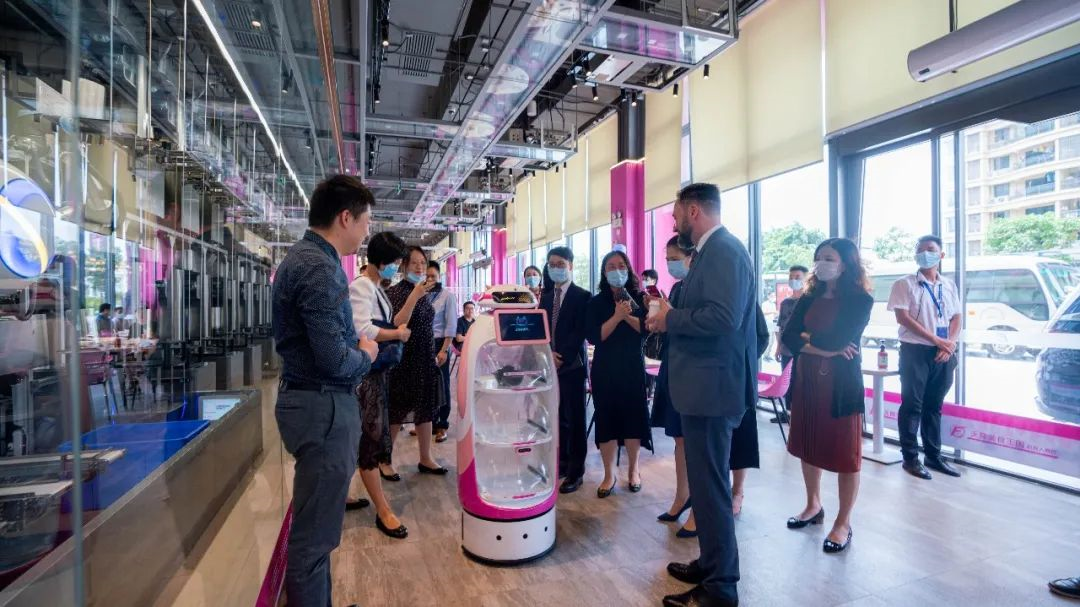 Through the visit and experience, Michael Sadleir, Australian Consul-General in Guangzhou, had a more intuitive understanding and experience of the development of the robotic industry in Country Garden, and gave a high degree of recognition and affirmation to the development of robots. He also said that Australia is now very concerned about food health and safety in the post-epidemic era, and the demand for food service robots is soaring. They hoped that through further exchanges, both parties would promote the entry of the catering robots of QIANXI GROUP into the Australian market and promote in-depth research cooperation with relevant Australian research institutions.

Prev     The Kingdom of Heavenly Delicacy has opened the “Exploration Base Mode”, and a large number of students will be arriving soon!