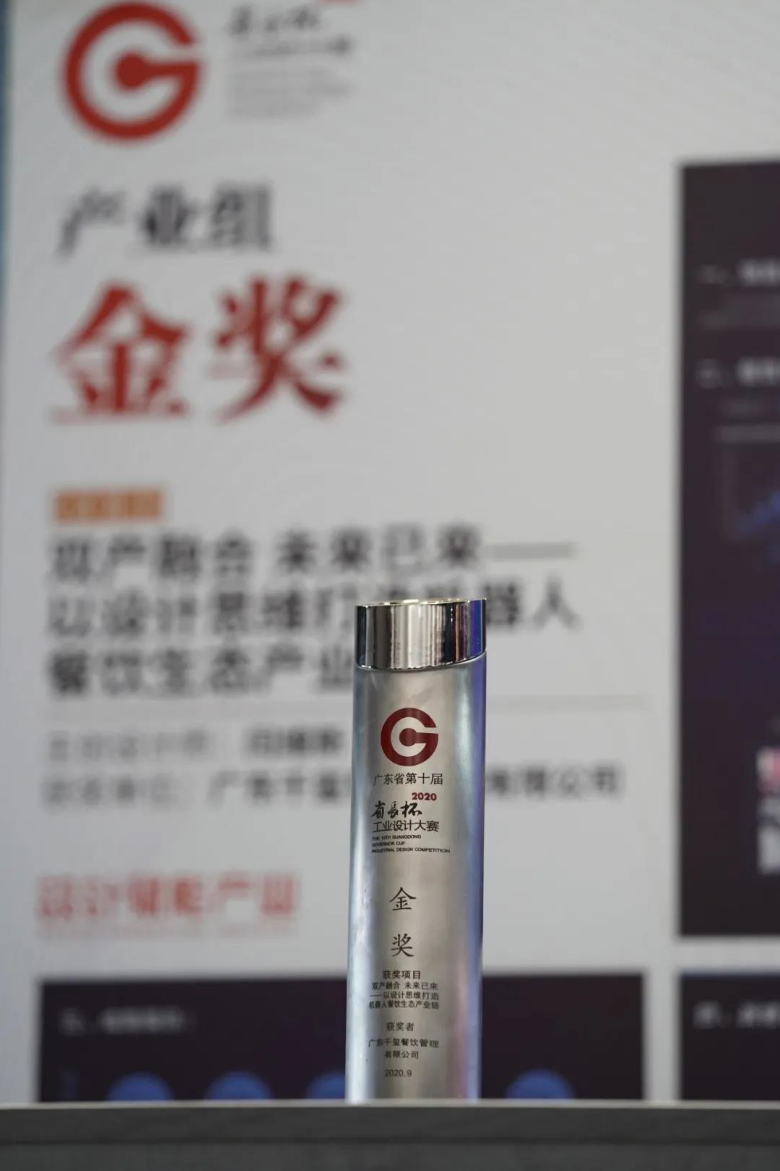 Group photo at the award ceremony:

The fourth from the left is Chen Anming, deputy secretary general of the Guangdong provincial Government

The second from the left is Dr. Xiao Ran, deputy general manager of Qianxi Group

The award ceremony was hosted by Tu Gaokun. A review of the development of industrial design in Guangdong Province was provided through a video, showing the great value brought by the design-empowered industries in Guangdong as a major industrial province. Wang Xi and other senior officials presented awards to the winners. 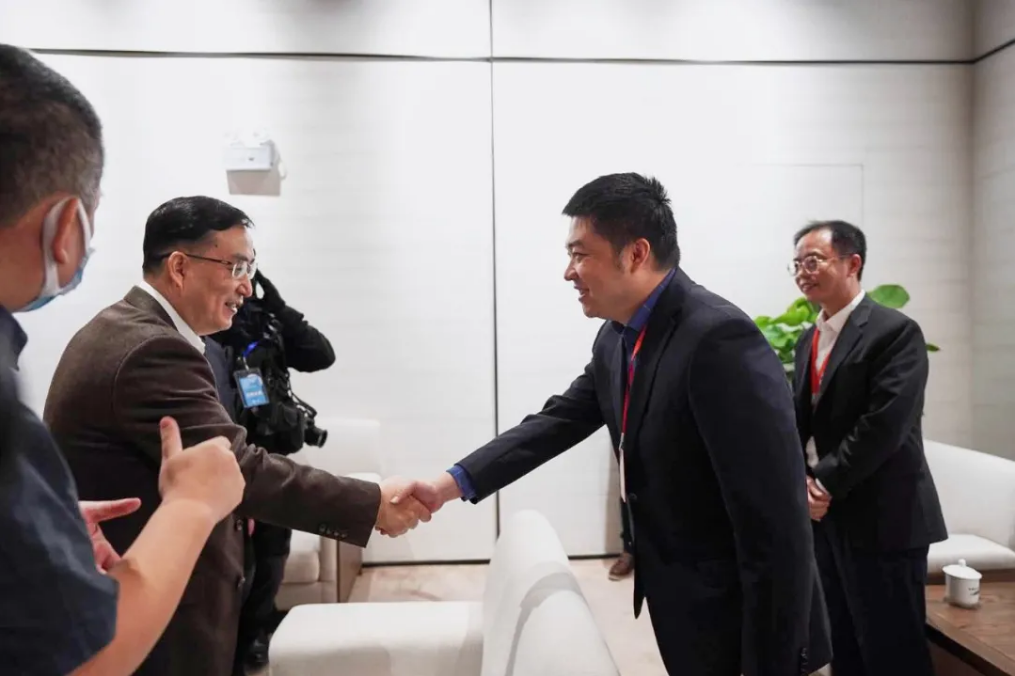 Before the award ceremony, Wang Xi met with some representatives of award-winning enterprises. On behalf of Qianxi Group, Dr. Xiao Ran introduced the development of Country Garden and Qianxi Group and the achievements of industrial design commercialization to Wang Xi, and invited Wang Xi to visit the robotic restaurant complex of Qianxi Group. 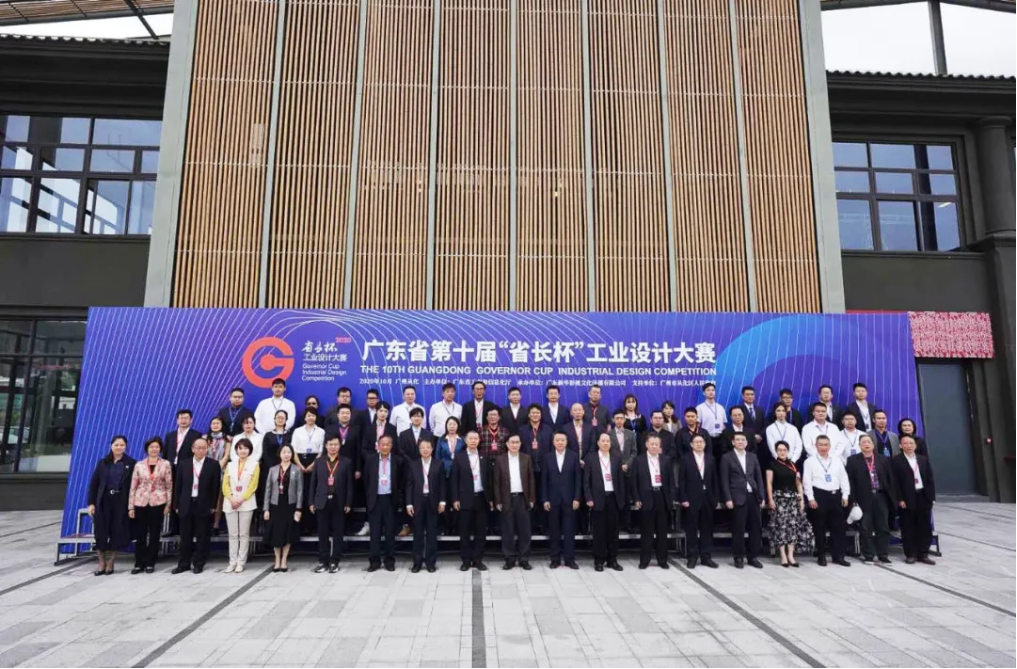 (Group photo of award winners of the Governor Cup) 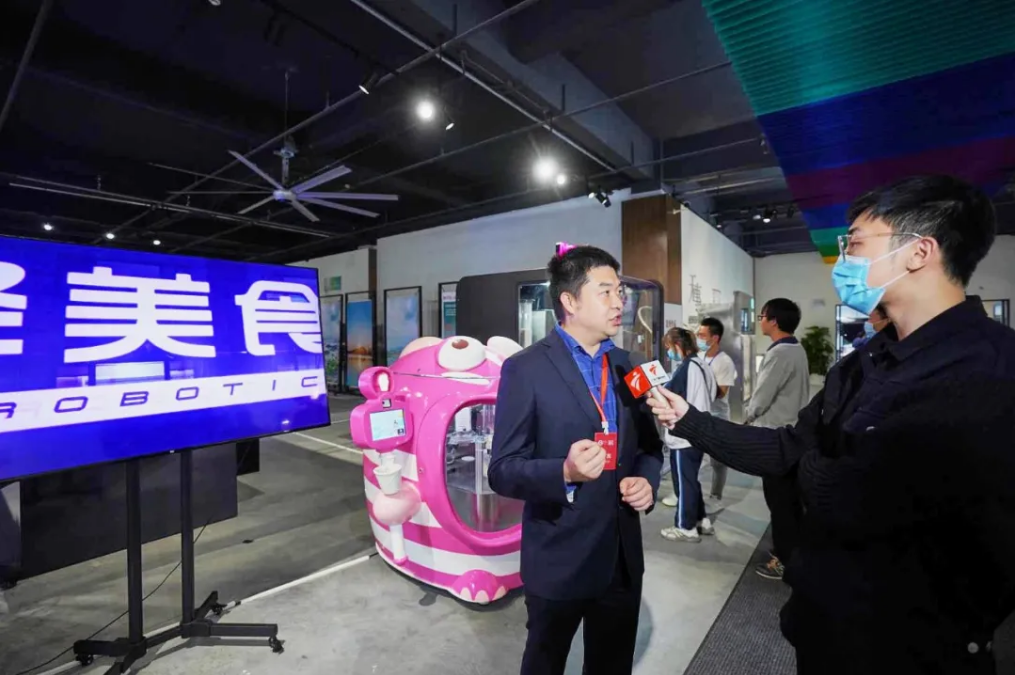 (Dr. Xiao Ran was interviewed by the media) 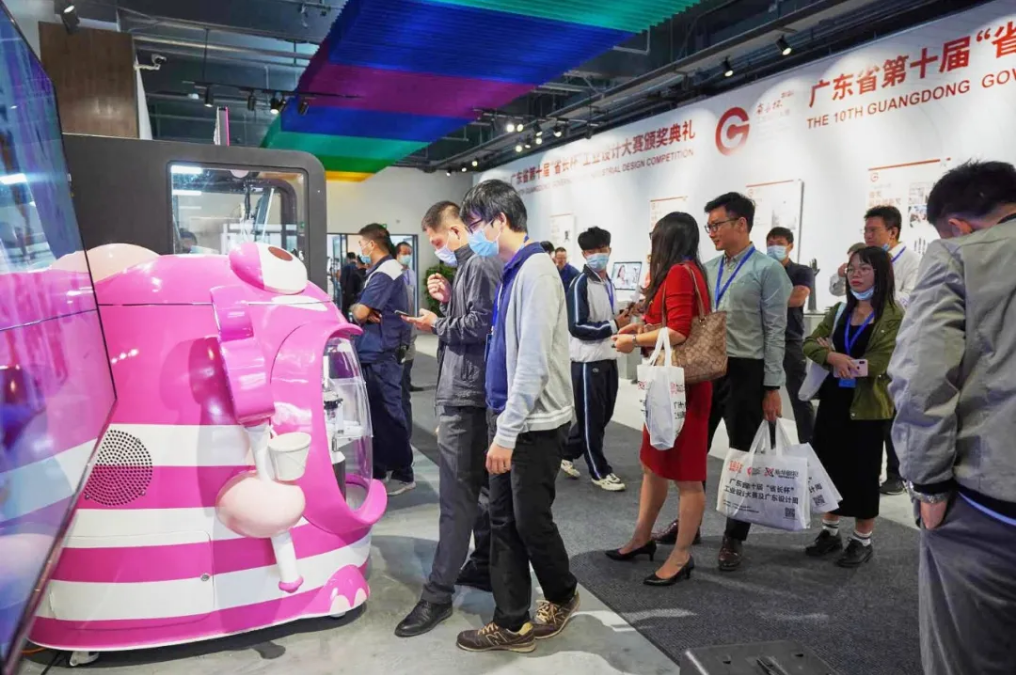 The competition lasted for two months. After fierce competition and strict appraisal, Qianxi Group's project of "Integration of industries, the future has come - building a robotic catering ecological industry chain with design thinking" stood out in nearly 34,000 participating designs and won the gold award in the industry design group.

It is reported that among the winners of the top three awards in the industry group, Qianxi Group is the only private enterprise, and also the only single enterprise team. 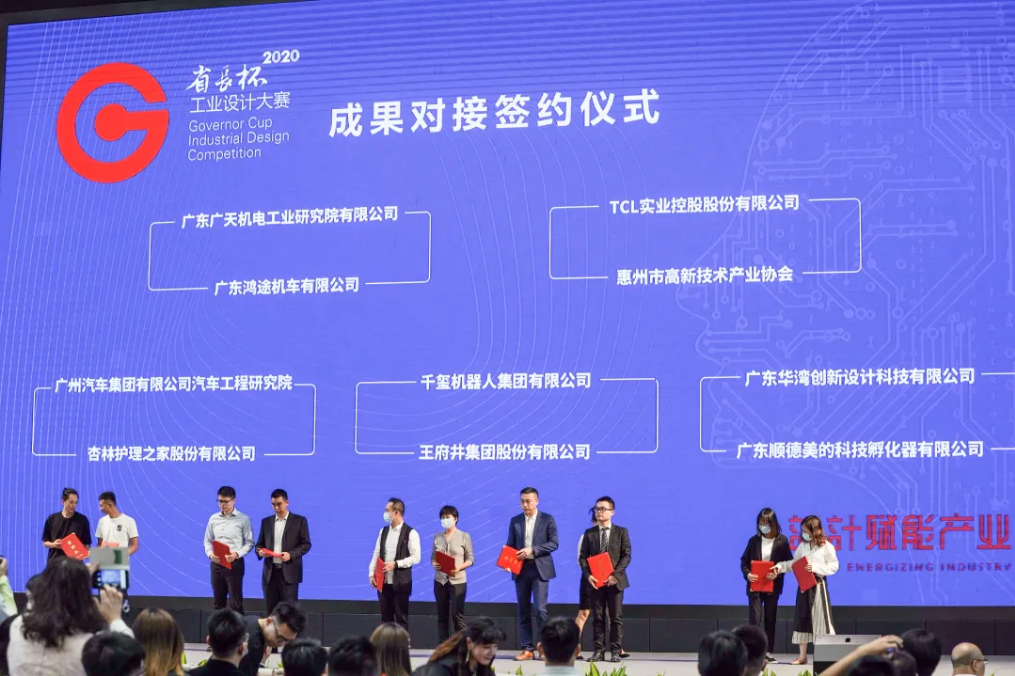 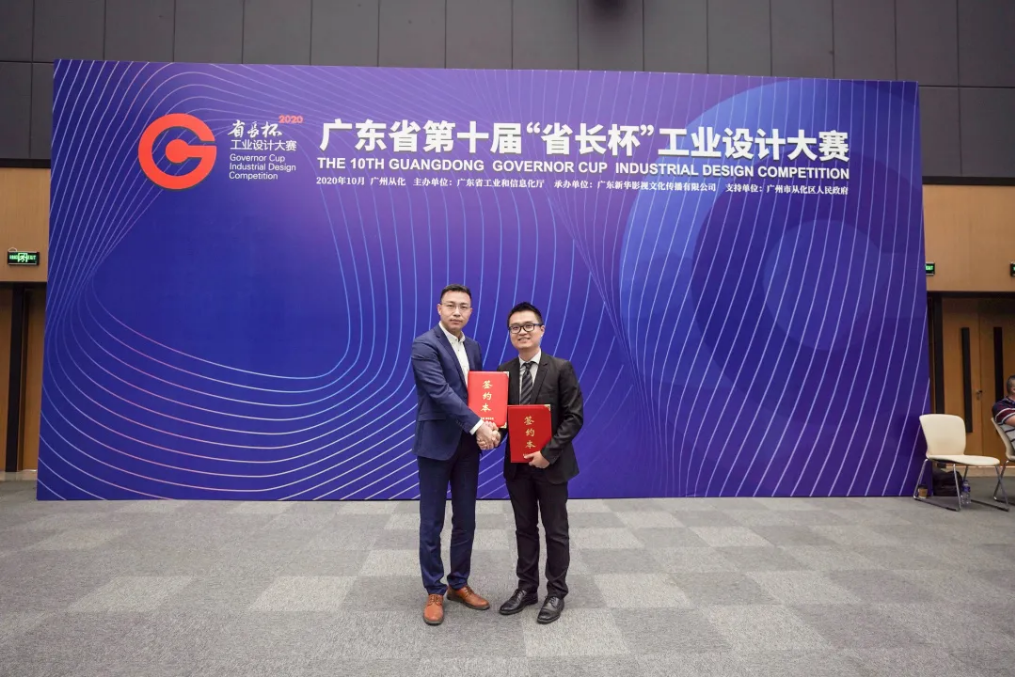 In the signing ceremony for the design outcomes alignment agreements, Song Fang, director of the Brand Marketing Department of Qianxi Group, and Yang Qiyong, director of Department Store Business Department of the Wangfujing Group, made strategic cooperation announcements on behalf of both parties. An Ai small hotpot robotic restaurant of Qianxi Group will open in the Wangfujing WALKIN project in Foshan. It is understood that the project is expected to open within this year, and it will be the most high-end commercial complex in Foshan. In the future, Qianxi and Wangfujing will also seek more cooperation to jointly develop the domestic consumer market. From industrial design to full operation of smart catering projects, Qianxi Group has achieved fruitful results in the commercialization process, and will work hand in hand with more high-quality partners.

Using this platform, Qianxi Group has fully demonstrated the originality, fruitful outcomes, social value and strategic arrangements of the whole industry chain of robot catering. At present, the company has filed more than 700 applications for patents, utility models and designs, and more than 180 catering robots of various types have been operated in hotels, museums, tourist attractions, banks and other settings in more than ten provinces and cities across the country. 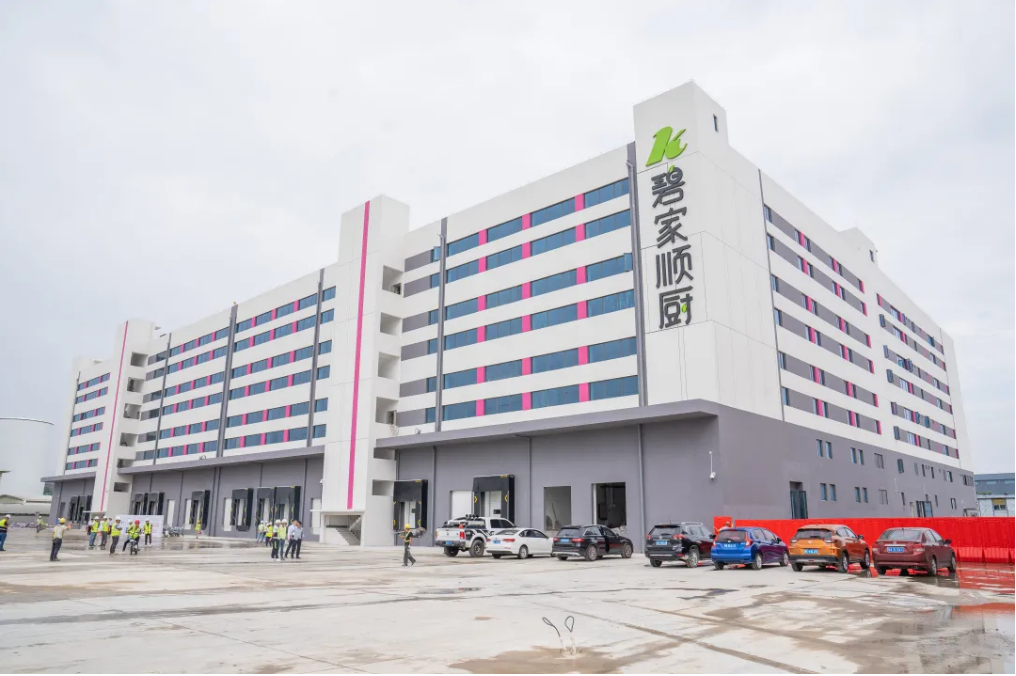 (The Dongguan Machong Central Kitchen Project is under development)

At the back-end of the industrial chain, the company officially started the development of the Dongguan Mayong Central Kitchen in February 2020, providing strong support and solid guarantee for accelerating the establishment of chain robotic restaurants in the Guangdong-Hong Kong-Macau Greater Bay Area. The project is expected to be operational in December this year. With a daily output of 180 tons of food, the kitchen can meet the food supply demand of 1,000 robotic restaurants and stand-alone equipment in various business models.

In the future, Qianxi Group plans to continue the development of robots as the vehicle of catering standardization by intelligent means. Based on independent R&D, the company will further improve the entire industry chain covering production, supply chain and operation, and promote the upgrading of the catering industry and services.