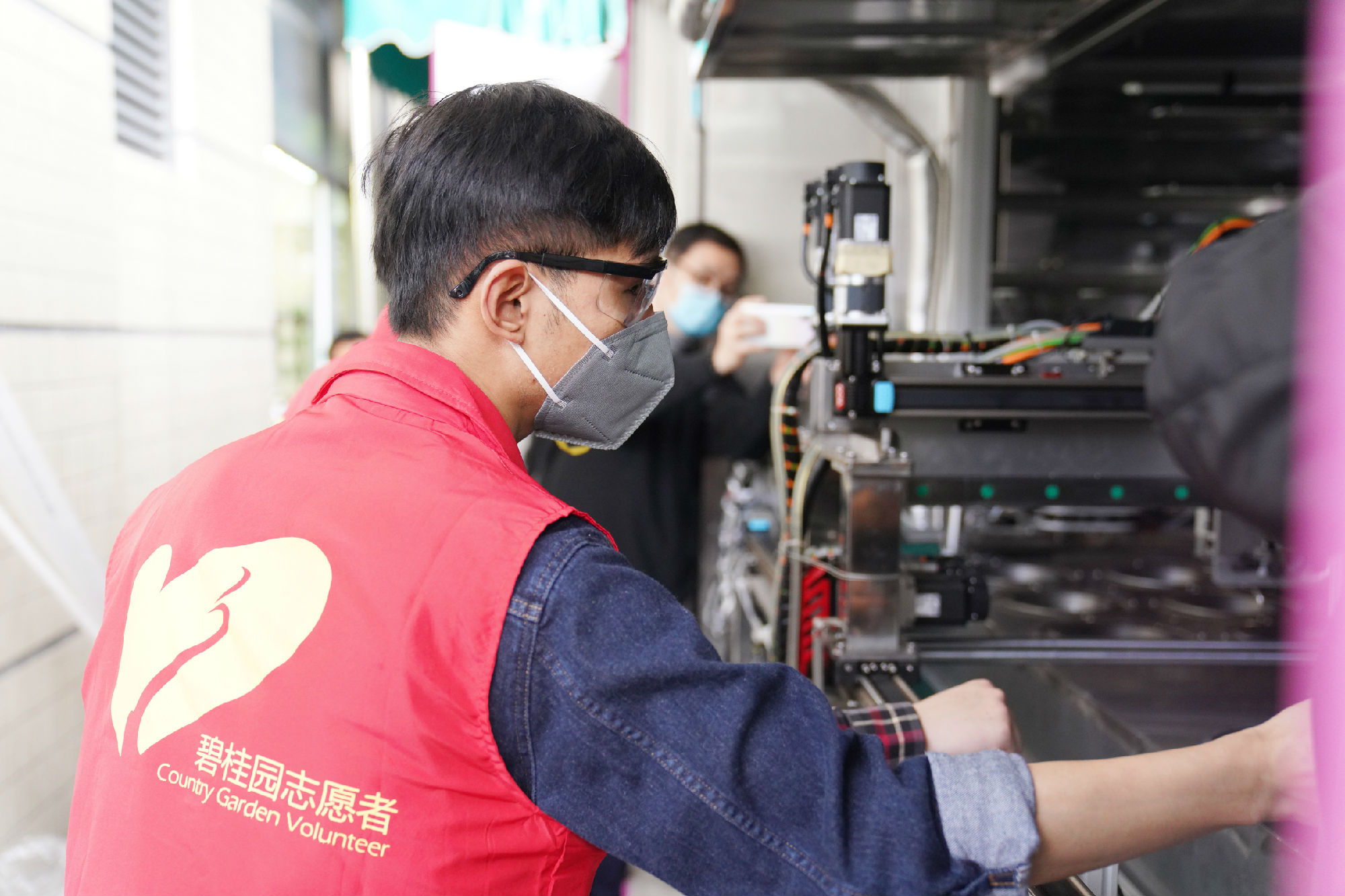 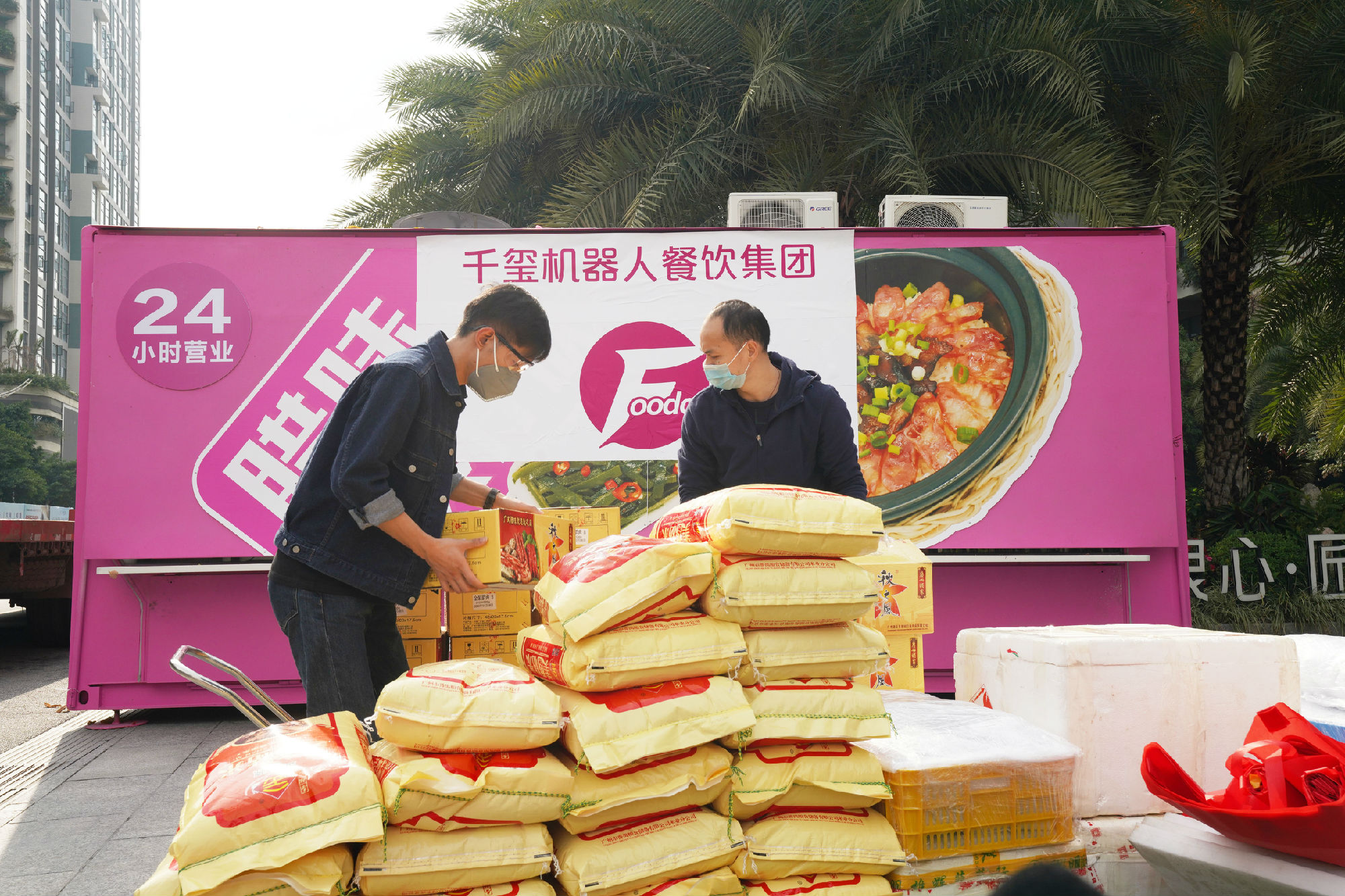 Many food and catering companies in Wuhan have closed their doors during the epidemic outbreak. In order to minimize the risk of neo-coronary pneumonia infection brought about by human contact, robot technology has become a powerful tool to help fight the epidemic. 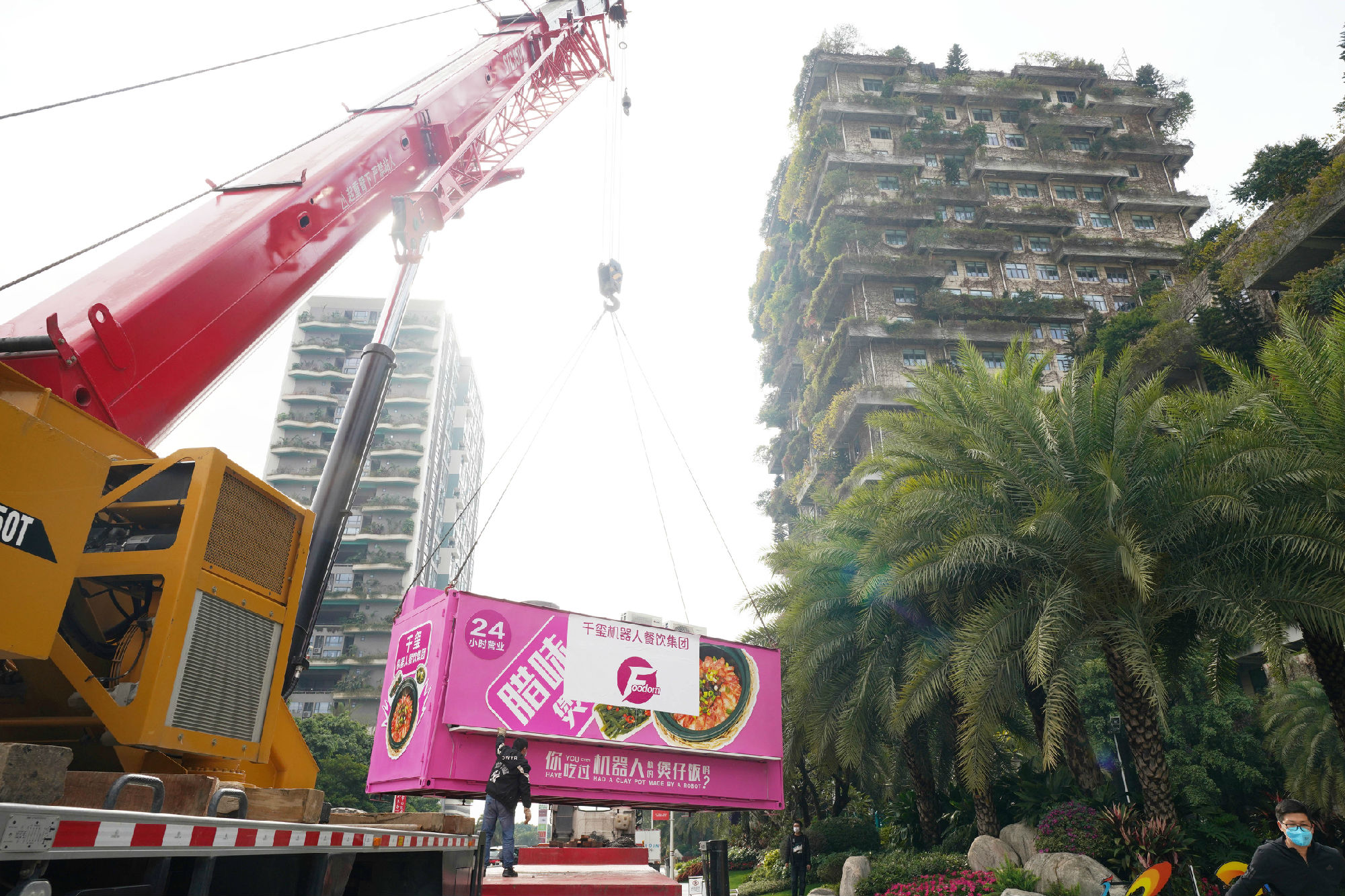 The containerize claypot rice robot was independently developed by Qianxi RobotCatering  Group, a subsidiary of Country Garden, and is controlled by a team of Shunde chefs. They've worked together to create thus a robot system that can automatically cook and sell claypot rice. 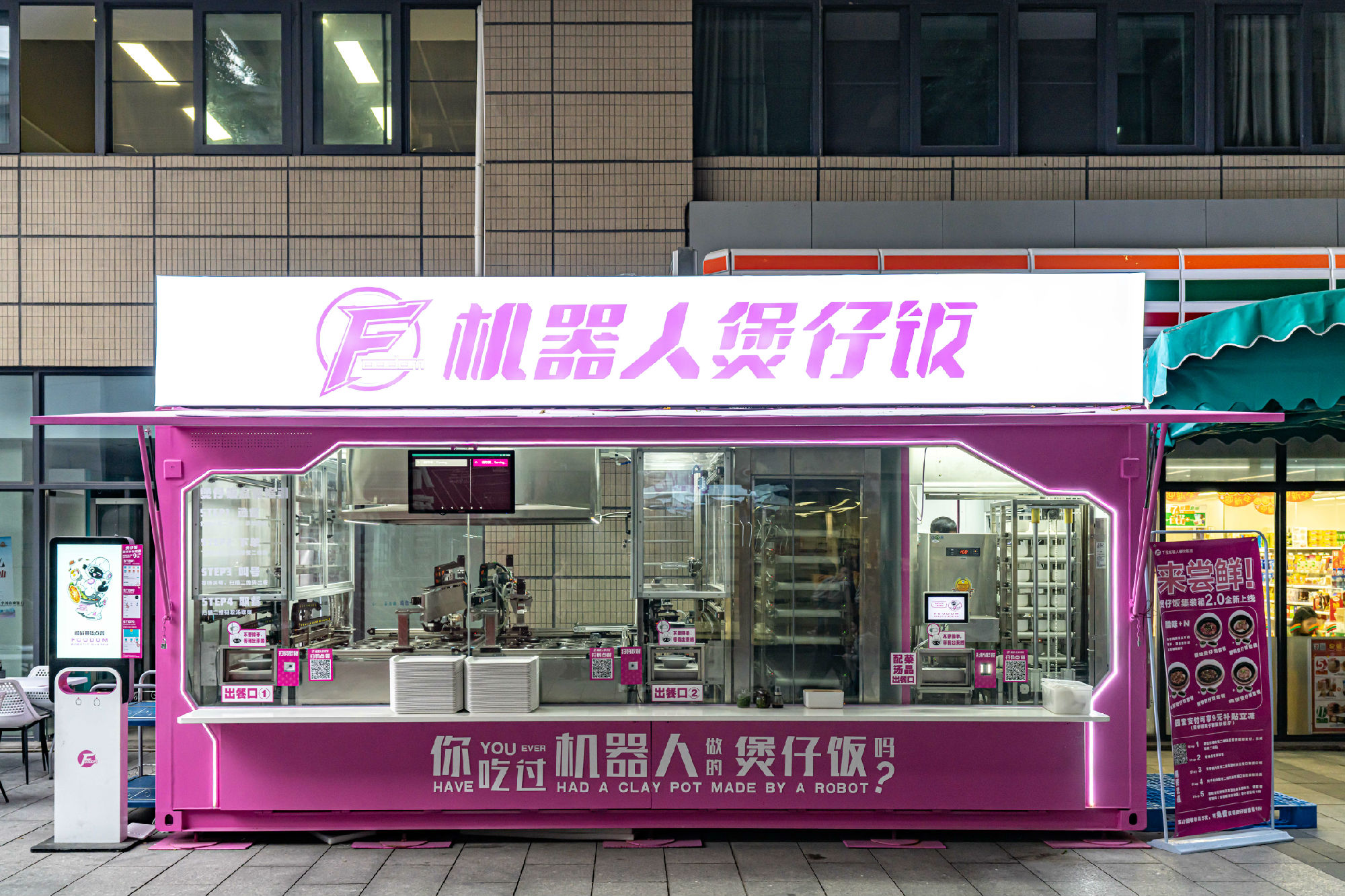 A claypot rice robot can cook 36 pots at the same time, complete nearly 120 claypot rice in an hour, and can operate 24 hours a day. The order is placed by code scanning, and the whole process of automatic seamless cooking, the whole cooking process is isolated from humans, which can reduce the risk of cross-infection caused by human contact; soup bowls and cutlery are made of disposable packaging material, and the equipment is disinfected and cleaned regularly by engineers.

In this special battle, Country Garden will continue to respond to the call for scientific epidemic prevention, use its own technical advantages, the collection of cutting-edge research and development capabilities to fully support the fight against epidemic in the same box. 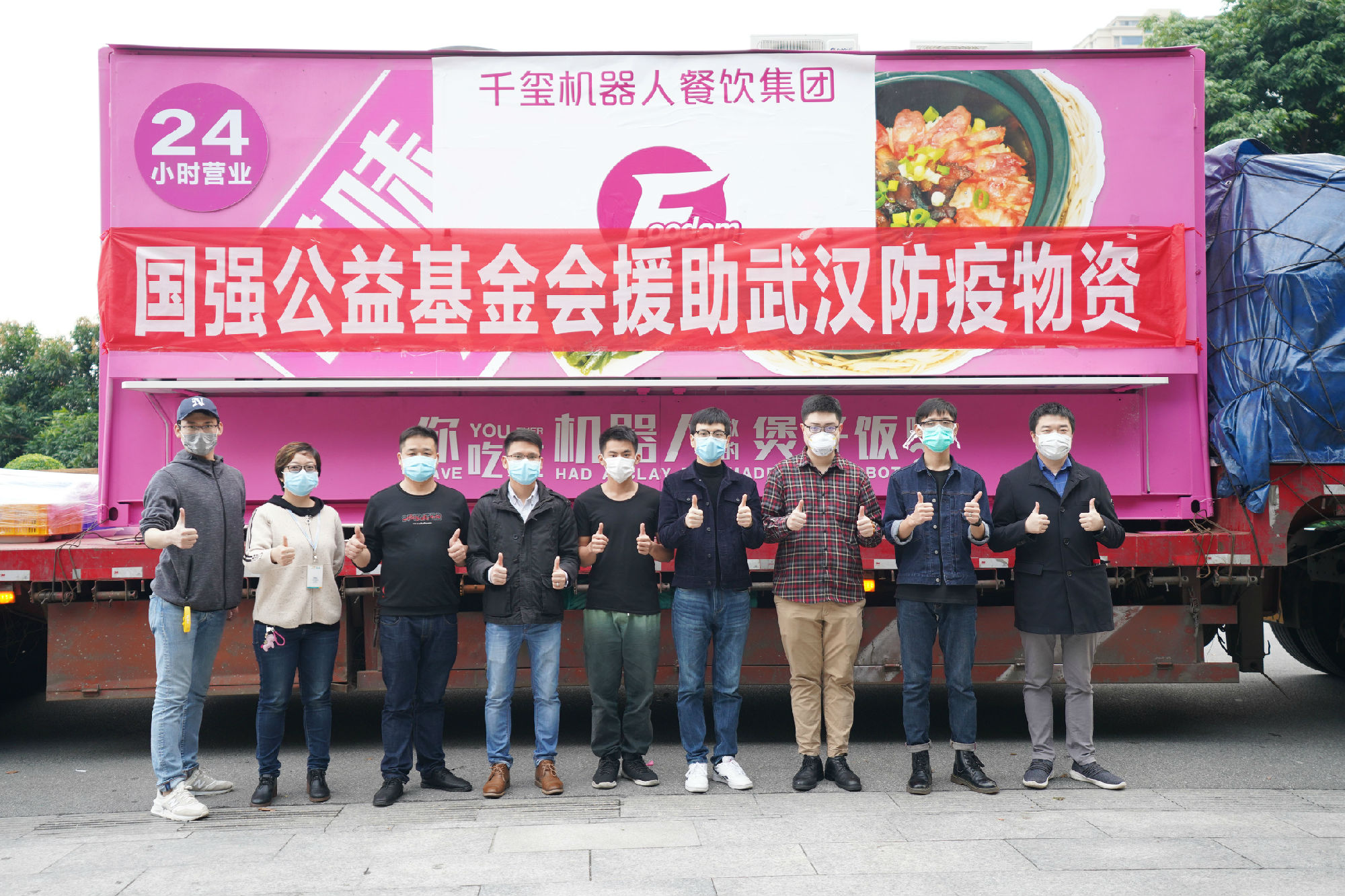