In the morning of February 9, a delegation led by Lv Yuyin, Deputy Secretary of the Party Committee and Mayor of Zhaoqing City, and Shen Hanjie, Deputy Secretary of the Party Committee and Head of Duanzhou District, inspected the Ai Small Hotpot Robotic Restaurant at Minjie Plaza, Zhaoqing City, which was just put into trial operation on February 8, to learn about the operation of the restaurant and Qianxi Group’s regional business expansion in Zhaoqing City. 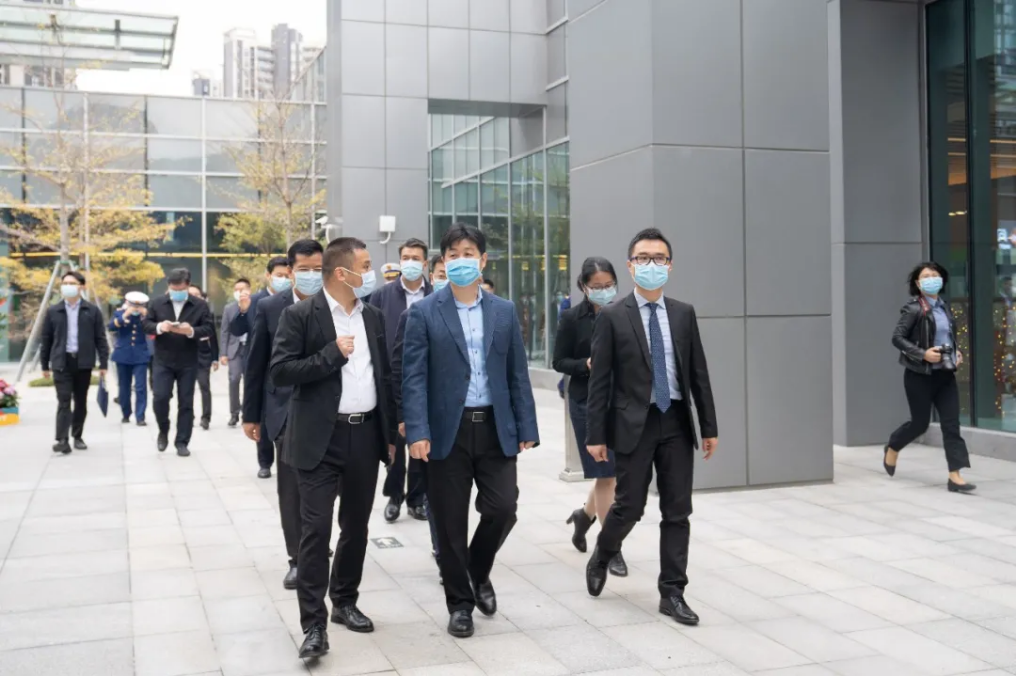 Mayor LV Yuyin and his associates walked into the Ai Small Hotpot Robotic Restaurant, which was decorated with features of the Spring Festival, and listened to the briefing on the development of Qianxi Group and its regional layout planning in Zhaoqing City, and experienced the hotpot cloud rail system and the meal delivery robots which move up and down in the cloud rail system. According to Lv Yuyin, he had visited Country Garden Headquarters with Fan Zhongjie, Secretary of Zhaoqing’s Party committee, and inspected the Foodom robotic restaurant. At that time, he extended an invitation to Yang Guoqiang, Chairman of the Board of the Country Garden Group, hoping that a Qianxi robotic restaurant project would be settled in Zhaoqing as soon as possible. He encouraged Qianxi group to continue its expansion in the Zhaoqing market, open more robotic restaurants featuring Chinese food and others, and achieve economies of scale soon. 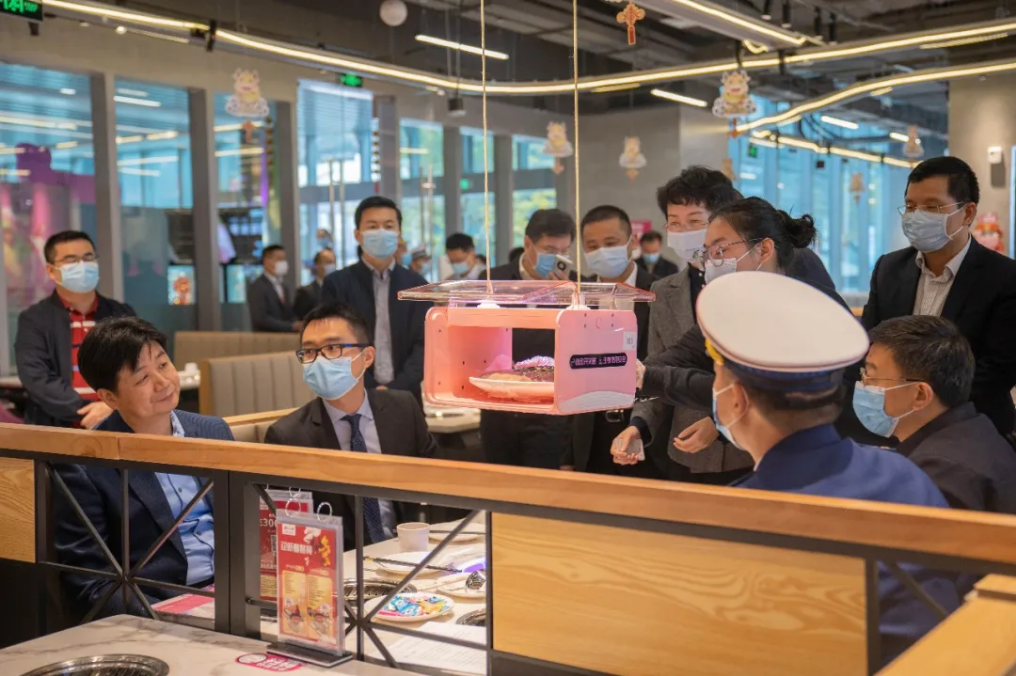 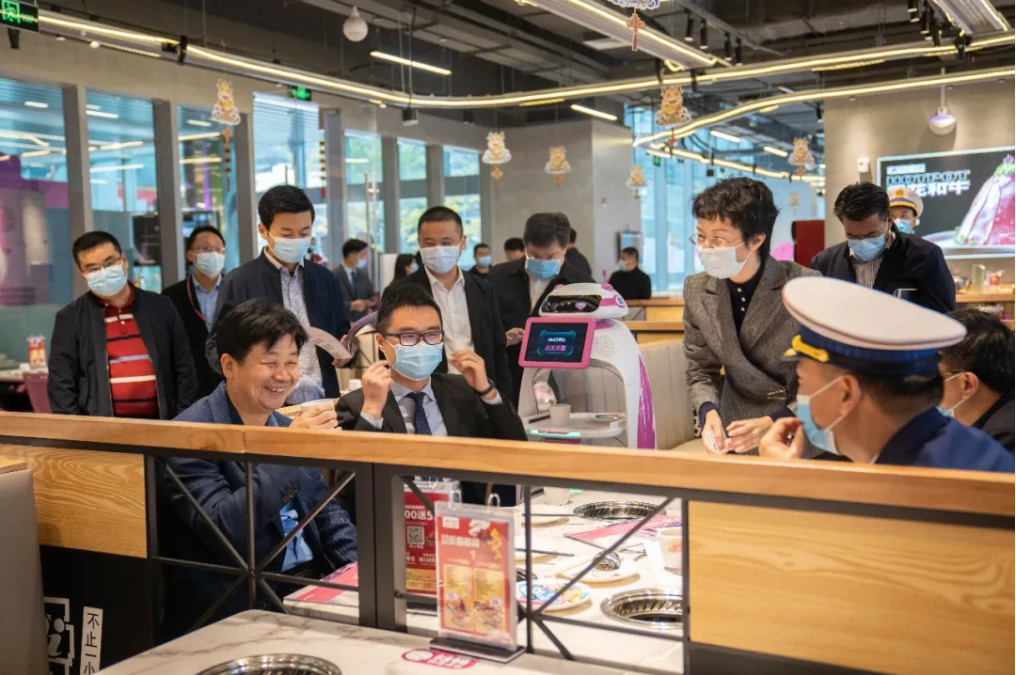 The Ai Small Hotpot Robotic Restaurant at the Minjie Plaza is located in the Duanzhou District, Zhaoqing City. The restaurant covers an area of nearly 500 square meters and can accommodate more than 200 people at the same time. It is equipped with the hotpot cloud rail system, meal delivery robots, welcome robots, ice cream robots, marshmallow robots and other smart catering equipment independently developed by Qianxi. The project was launched in November 2020, and preparation for its opening was swiftly completed in a short period of more than two months. It was the first Qianxi robotic restaurant to enter the Zhaoqing area, and also the 10th operational Ai Small Hotpot Robotic Restaurant. 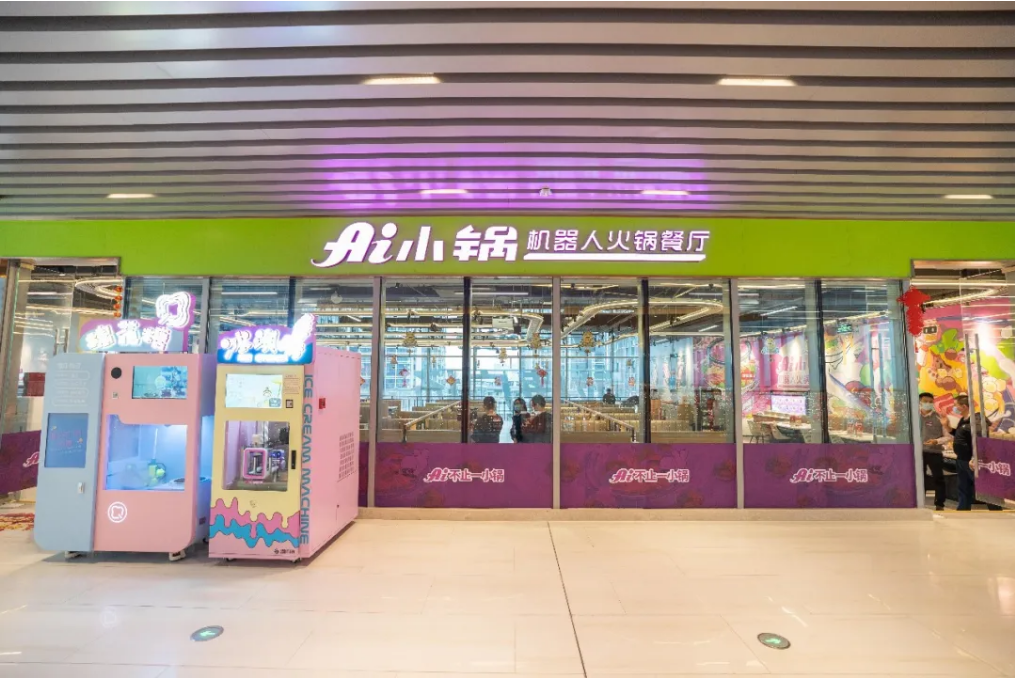 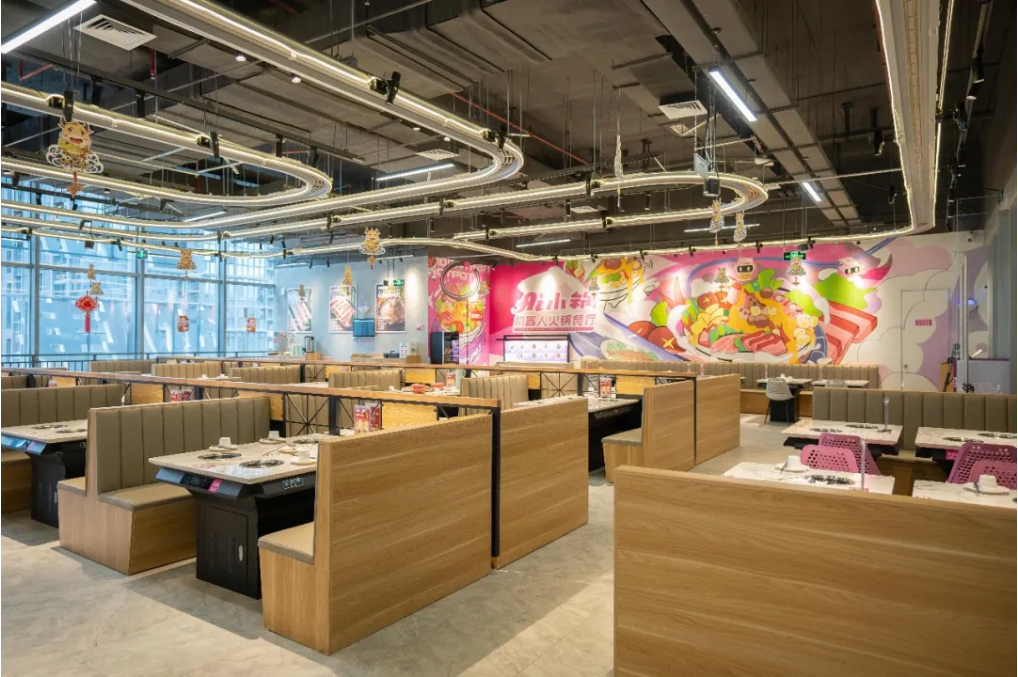 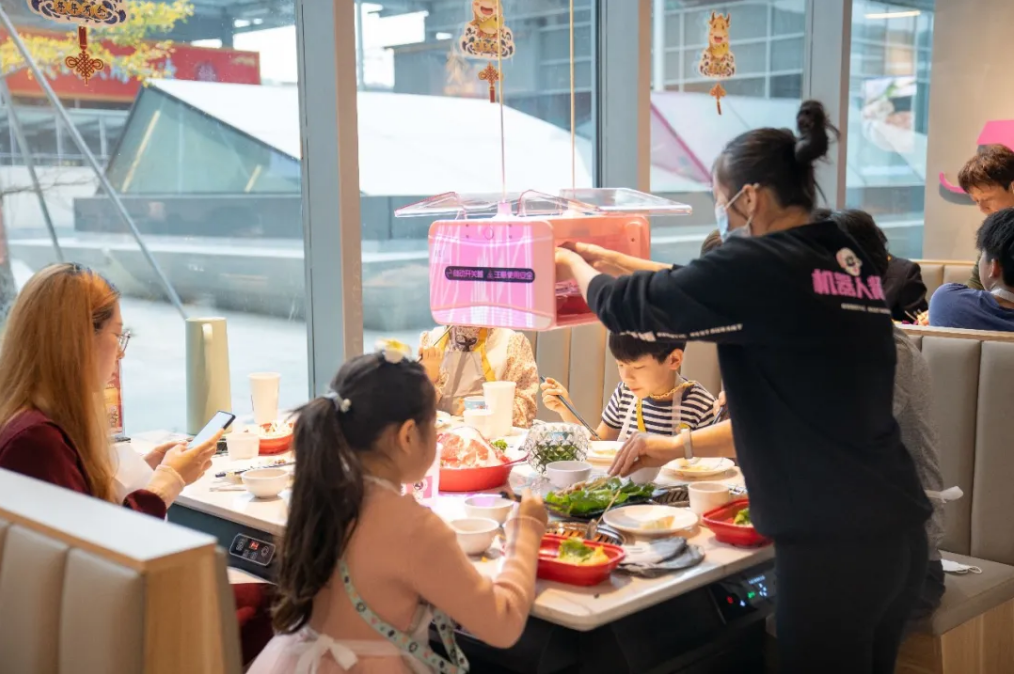 It is understood that Zhaoqing, as an important gateway in the Guangdong-Hong Kong-Macao Greater Bay Area and a national tourism city, is currently focusing on the development goal of accelerating the green rise, striving to be a rising star in the Guangdong-Hong Kong-Macao Greater Bay Area, accelerating the development of the happy industrial cluster belt, the Xijiang advanced manufacturing corridor and the ecological industry demonstration zone, i.e. the regional development pattern of "one belt, one corridor and one area". 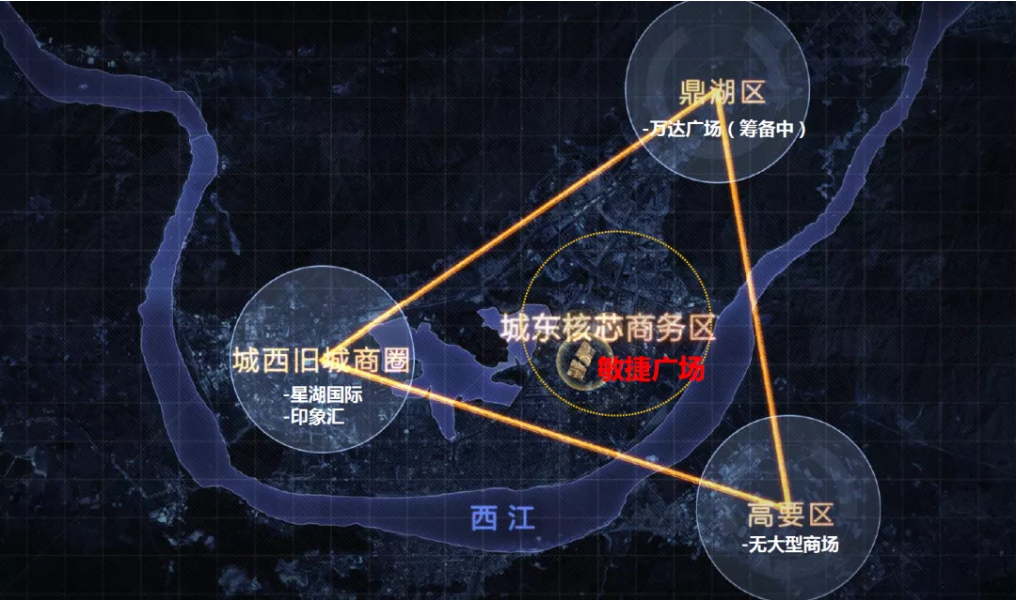 The Minjie City project where the Ai Small Hotpot Robotic Restaurant is located is in the eastern core business zone of Duanzhou District, occupying a superior location at the geometric center of Zhaoqing City’s business area. With a total area of 3 million square meters, the project is the first super-large urban complex in Zhaoqing. It is composed of the Minjie Plaza, a super-large shopping center covering an area of 150 thousand square meters, and grade A office buildings, international five-star hotel, residence and commercial street. The project aims to create a new center of urban life, focusing on building Zhaoqing's first comprehensive social center for customers of all ages and businesses of all forms. The project location is the first home to more than 40% of the brands attracted by the project, including the Ai Small Hotpot Robotic Restaurant.